Friday afternoon, February 9, 2018. Temperatures have been warm, but it rained the night before so it is very comfortable. I am sitting on a stool in a makeshift blind in the shade of low growing tree, thinking about what an enjoyable trip we have had with SYC Sporting Adventures, once again. I was also thinking about how fortunate I was to have been there 10 or 12 times over the last 10 or 15 years. But, before the thought cleared my head, four pigeons came screaming over the treetops behind me into the decoys at, dive bomber speed. Not drifting in, but swooping in to take a look. I scrambled to my feet, the Beretta over and under spoke twice and ….., four pigeons flew off, none the worse for the “scare.” (remind myself, head down – focus on the birds). But, there had been and would be many other opportunities, some with different results.

This is the last shooting day of my 2018 trip. Six days earlier, nine of us had gathered at SYC Sporting Adventures, El Cortijo Lodge, for several days of high-volume doves shooting that I have only experienced in Argentina. Five of the guys had spent three days in Buenos Aires before arriving in Córdoba (had a great time), one had arrived from Dallas by way of Lima, and three of us ventured from New Mexico by way of Los Angeles and Santiago. As we arrived from the airport, Edgar, the lodge host, was there with the traditional glass of champagne, welcoming us to El Cortijo. A short time to relax, have lunch and then head out for an afternoon of dove shooting.

Six of the guys had never been there before. It is always interesting to observe the “expressions” when, for the first time, the newcomers see the “lunch” of steaks, wine and all the trimmings.

Daniel, the chef, is great with the food and the presentation, (and with the home- made ice cream and its variations). It was good to see Eduardo Martinez, the SYC Sporting owner, when he picked us up at the Córdoba airport. I was one of the first US shooters to visit SYC Sporting and the new El Cortijo Lodge and Eduardo has become a good friend. He and the staff always do an excellent job hosting the groups I have been with.

Sunday afternoon, we started three days of what all dove shooting should be like. At SYC Sporting, the ride to the shooting fields is never very long and even though this year we did not see “swarms” of doves like we have at times when the birds were concentrated in a central feeding area or water source, there was wave after wave of doves keeping the barrels blazing hot. I enjoy shooting, but I also like to see the other guys enjoying the experience of unlimited targets while dove shooting.

Wick, at 78, an NSCA certified instructor and Santa Fe ski instructor (first timer to Argentina and more fit than most of us) quickly got acquainted with his 28 gauge over and under and started steadily bringing birds to the ground. Rick, a dentist from Texas had never shot much. However, his enthusiasm was contagious and as he “drilled in,” (so to speak) his shooting was on par with the best. Lewis had shot doves in Texas, but of course he like all the rest, had never seen dove shooting like this. He started out a bit tentative, but soon any dove flying from left to right in front of him was on a suicide mission! Frank, another dentist, is an accomplished clay target shooter in addition to being a bird hunter. He started methodically working on the “pest control program” and pushed his average close to 80% with regular puffs of feathers.

Gene, another shooter from Texas liked to be in a spot where the “bevy” of doves allowed him to try for “quintuplets” with the five shells in his semi-auto. He said he went 19 straight in that mode, which seem pretty remarkable, but since he is my brother, I guess must believe him. I need to learn Spanish so I can verify with the bird boys some of the stories I hear.

Jim, along with Gene was an SYC Sporting “second-timer” and an experienced hunter from Texas. With his unique style, he immediately started reaching out and connecting with any birds in range and some that were out of range. Randy. I immediately recognized that Randy had good shooting form, but he was in rare form with the exuberance and finesse at which he negotiated with Rick for the extra ice cream dessert leftover at each meal because one of us (me) had decided to forgo desserts a year or so ago.

Great dove shooting opportunities, good food and wine, hours in or beside the swimming pool between shoots with a favorite beverage sitting on the edge of the pool like a Caribbean resort. So what do I remember most about the 2018 trip to SYC Sporting? Laughter. Yes, Laughter. Ken, another shooter from Texas was like the “Energizer Bunny” and he, along with others, stirred up the levity. The relaxing atmosphere and friendliness of the staff at SYC Sporting made it easy to enjoy the stories, the bantering, and the laughter. As a sign in the Lodge says, “The life of a hunter is very hard!”

I was staying on to shoot pigeons for couple of days, but as the group started to scatter, there was nothing but smiles. A couple of the guys were headed off to Santiago to spend a couple of days on the way home. Another good trip at SYC Sporting Adventures.

Back to the pigeon shoot, I started thinking about why I keep coming back year after year. Enduring the nine hour flight from wherever you leave the US, with a similar leg on the way home. They didn’t design economy airline seats for guys designed like me (or perhaps I have outgrown my original design). But, for me I think it is a combination of things. Sure, I enjoy the shooting and the abundance of birds. There were seemingly unlimited target opportunities and there has been every time I have ever been with SYC Sporting. In April I will be shooting in the US Open Sporting Clays Championships along with the World Shotgun Championships (no, I do not expect to win either – I am an enthusiastic participant). There will also certainly be plenty of shooting that week. But the Argentina trip with SYC Sporting is much different. It is an amalgamation of enjoyable non-stressful shooting, good food, great hospitality provided by Eduardo and the staff and total detachment from my busy law practice. I have enjoyed shooting with both new and experienced shooters, shooters from Germany, England, Canada, Spain, and other far flung places.

But why SYC Sporting? Perhaps it can be summed up this way. Before my first trip, I had traveled to shoot doves in Mexico. For that you condition yourself to endure uncertainties and “surprises.” Some not so pleasant. So, my first trip with SYC Sporting (Argentina was as unfamiliar to me as the North Pole) was one for which I was braced for “surprises.” In fact, there were many, many surprises; all of them good.

I have been back in New Mexico only a few weeks, but I am already receiving emails “let me know when you are going to Argentina again.” So, I will probably be back at SYC Sporting next year if I can get another “weekend pass” from my wife. (Actually, she has been three times and loves it, but more about that in another installment.)

I offered to write down some thoughts about my trips with SYC Sporting and this is the first installment. Hopefully it doesn’t sound too much like a mortgage or a Purchase Agreement. I did check it for “party of the first part” and “notwithstanding the foregoing” and such things. 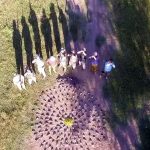 What it must look like to a dove in late afternoon! 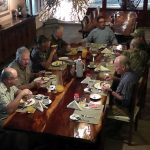 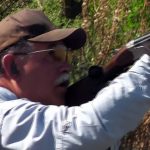 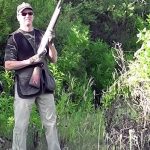 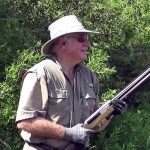 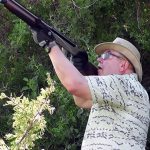 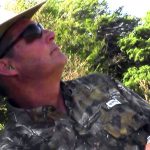 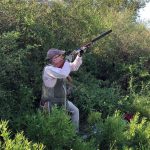 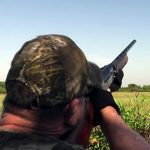 « Another amazing record: 4867 doves in one day! Beginnings at SYC Sporting Adventures »